From Dead Sea, my driver/guide drove me to Mount Nebo and the town of Madaba first before heading to Queen Alia International Airport for the flight home. I had briefly read that on Mount Nebo, about 2700ft above sea level, there is a maqam of Prophet Moses (Prophet Musa, peace be upon him). Upon arrival however I realised that my understanding of a maqam is wrong. I had thought that maqam is something like a mausoleum or something like that. The sign board shown above helped clarify the meaning of maqam, i.e. a memorial, and not a mausoleum. I however still think that the signboard is a bit misleading because of the use of the crescent symbol and what appears to be like a mosque, which together denote that it is a site of significance to Muslims. In truth, it is of significance to Jewish and Christian traditions, because this is the place where it is believed that Prophet Moses was buried. His final resting place however is unknown. 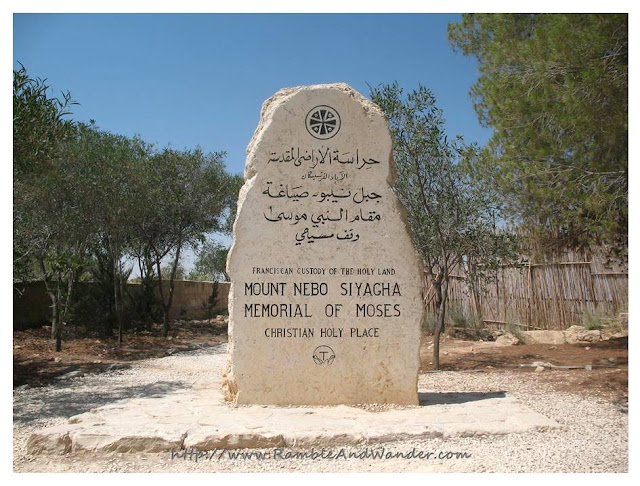 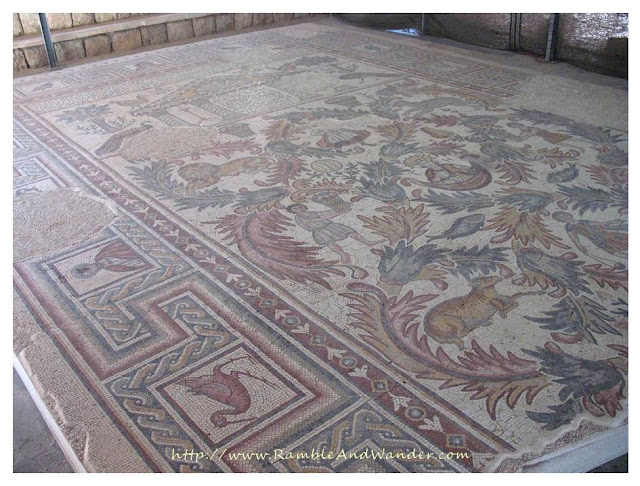 Mount Nebo Memorial of Moses is a Christian holy place. The mosaic floor on the right hand side is that of an old church (4th-6th century AD) on Mount Nebo, built to commemorate the place of Prophet Moses' death (according to Christianity). 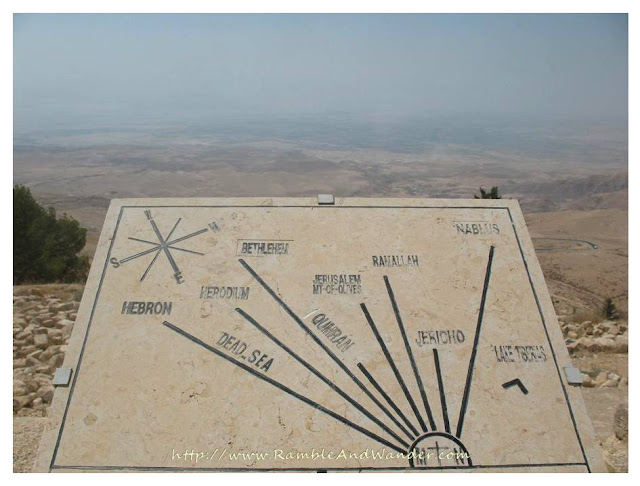 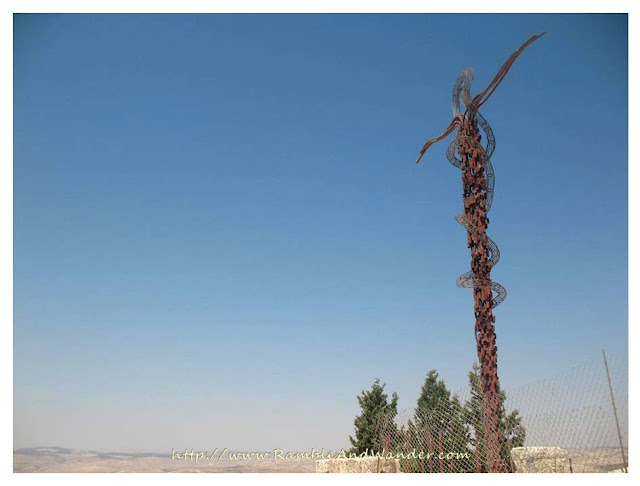 Left picture shows the hazy view from Mount Nebo. On a clear day however, one can clearly see Jericho and Jerusalem from here. The picture on the right hand side is the Brazen Serpent sculpture on Mt. Nebo.


Madaba is a Christian town in Jordan, famous for its Greek Orthodox Church which has the distinction of having the oldest most complete map of the old Jerusalem that is found on its mosaic floor 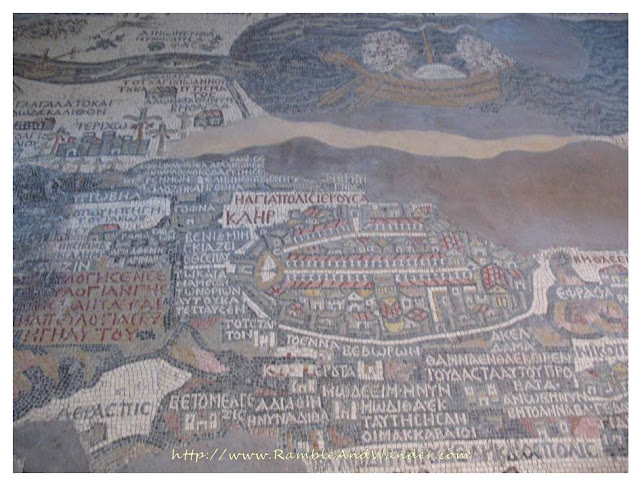 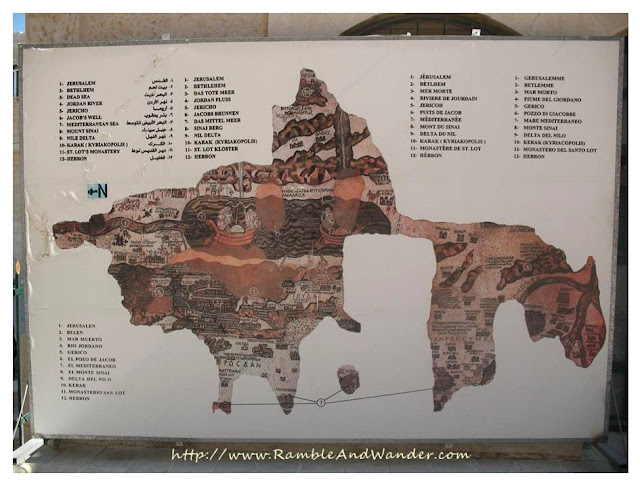 The mosaic floor map of the Greek Orthodox Church. The picture on the right shows the full picture of the map on the floor 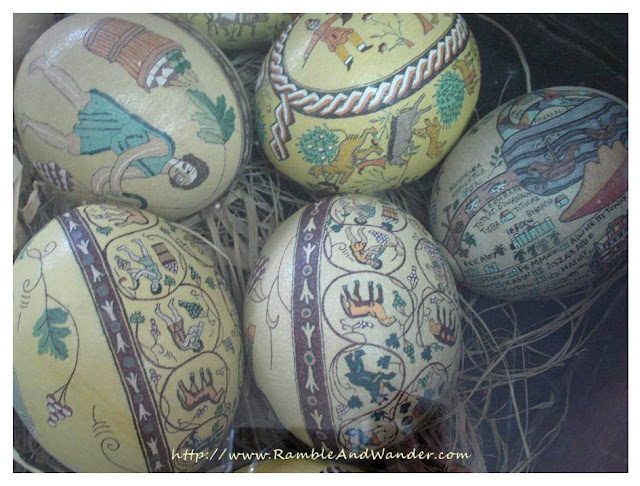 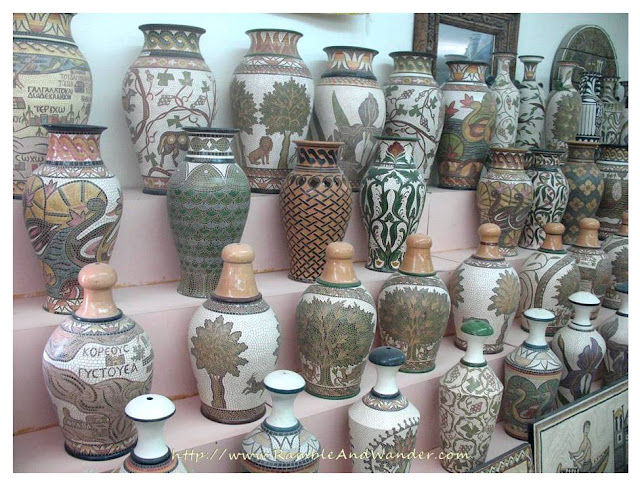 The town of Madaba is also famous for its artwork on ostrich eggs, mosaic vases, and mosaic table tops, the 3 main local products in Madaba. The artwork on ostrich eggs is made up of thousands of dots. If I recall  correctly, each was being sold for at least around 100 Jordanian Dinar (1JD is about the same as 1 Euro).


Mosaic table top, which can be packed and couriered direct to your home anywhere in the world, to avoid any excess luggage charges ;-) 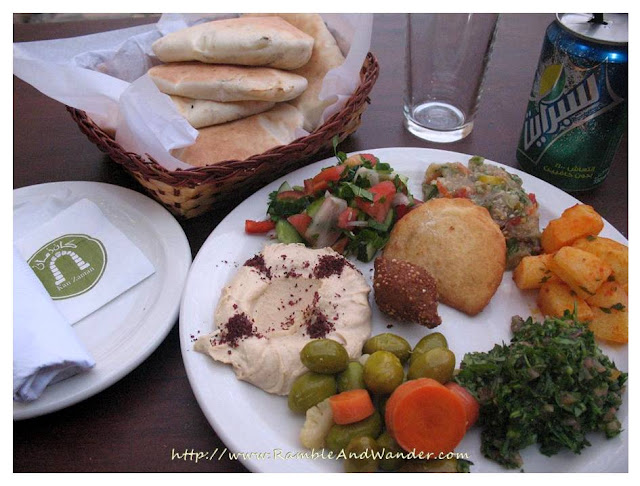 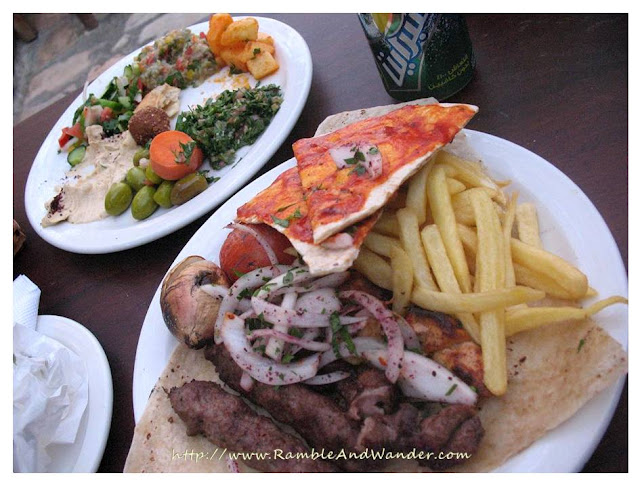 Kan Zaman Restaurant is a local traditional restaurant that's located not far from the highway to Queen Alia International Airport, in Amman. The stop here was actually part of the tour package that I picked up and this was the last meal that I had when I was in Jordan before travelling onward to the airport for the flight home. I was first served with the meal on the left, and thought it was the main course which I thoroughly enjoyed... until the second plate (shown in the picture on the right) came about half an hour later... And oh, boy! Wasn't I stuffed that day! ;-)
﻿