Mention Terengganu and most people would think about its many beautiful islands with white sandy beach and crystal clear waters that is perfect for snorkelling and scuba diving. Pushed further, keropok lekor and nasi dagang, two of the most famous local delicacies would come to mind. And then the Floating Mosque and Crystal Mosque would probably follow suit. The latter is becoming a popular landmark in the state capital, Kuala Terengganu. However, not many realise that it is actually part of Taman Tamadun Islam, or Islamic Civilization Park, Terengganu that also offers an interesting Monument Park.

The Monument Park at Islamic Civilization Park showcases some 22 monuments from countries around the world. These replicas of important landmarks set the stage for an interesting study and appreciation of history of Islamic civilisation and architecture. While these are only replicas, the scale – ranging from 1:1.7 to 1:22 – compared to the original buildings, has allowed for quite some details to be incorporated in them. For example, the inside of the dome at Dome of the Rock as shown here.

These are some photos of the monuments that can be found at the park. 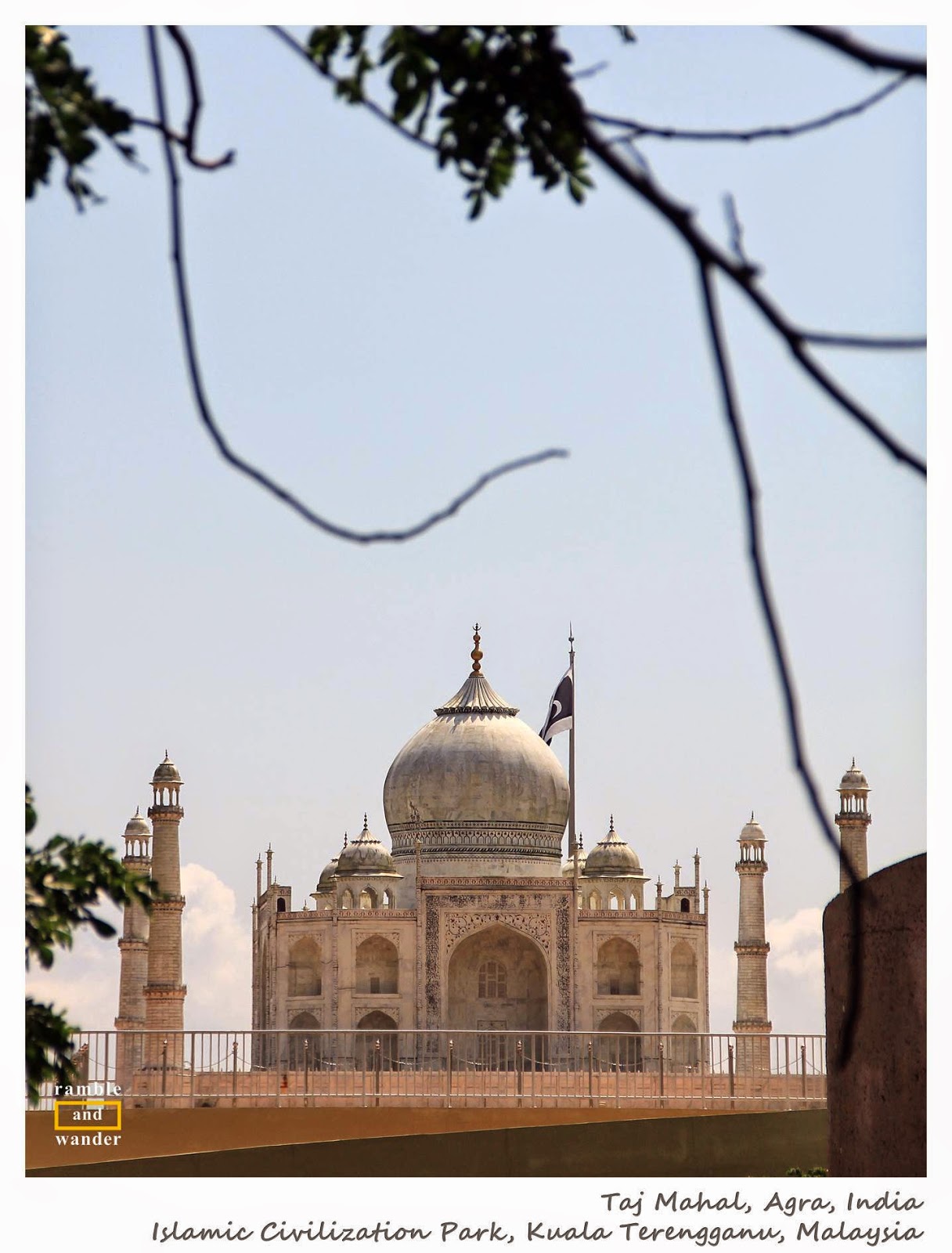 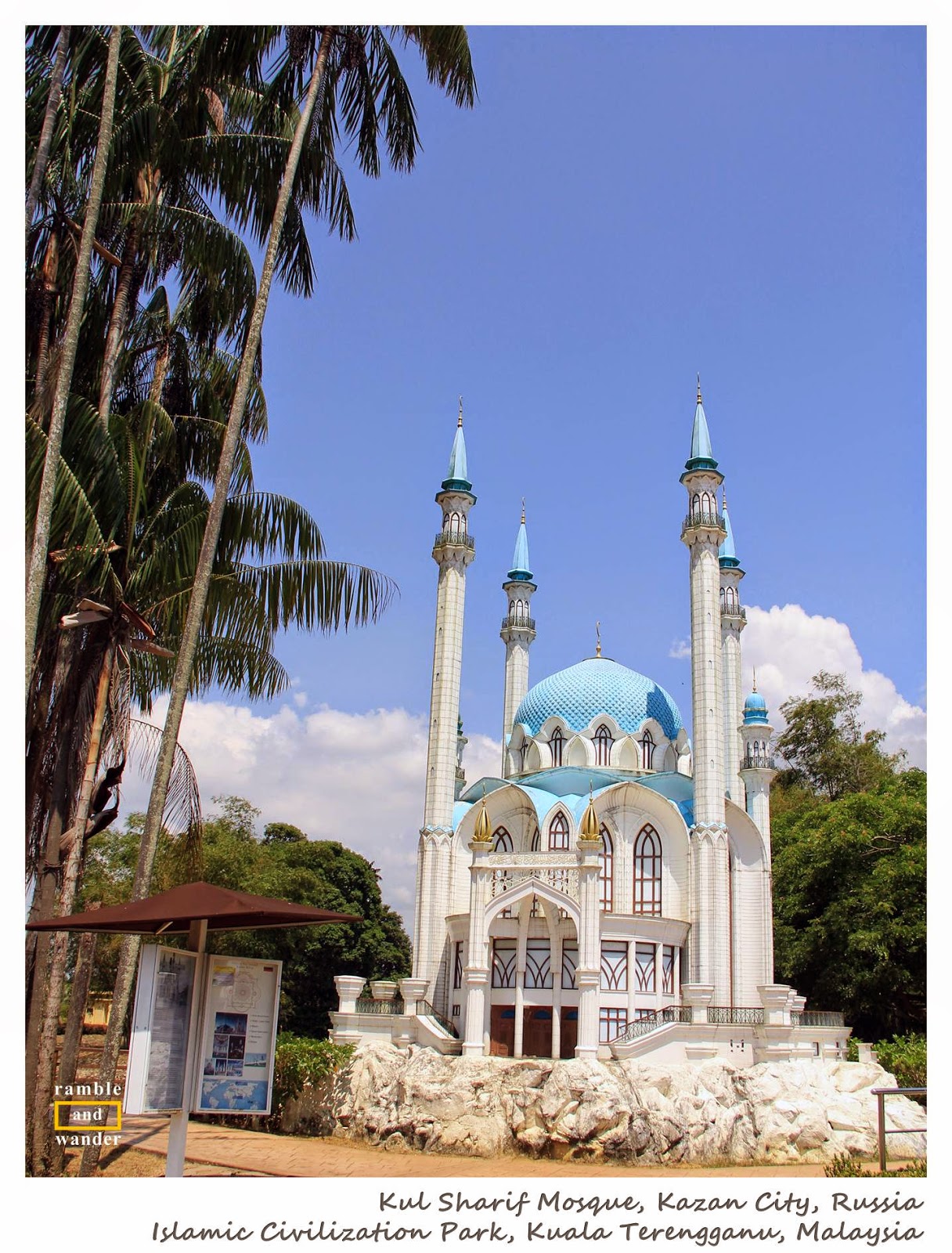 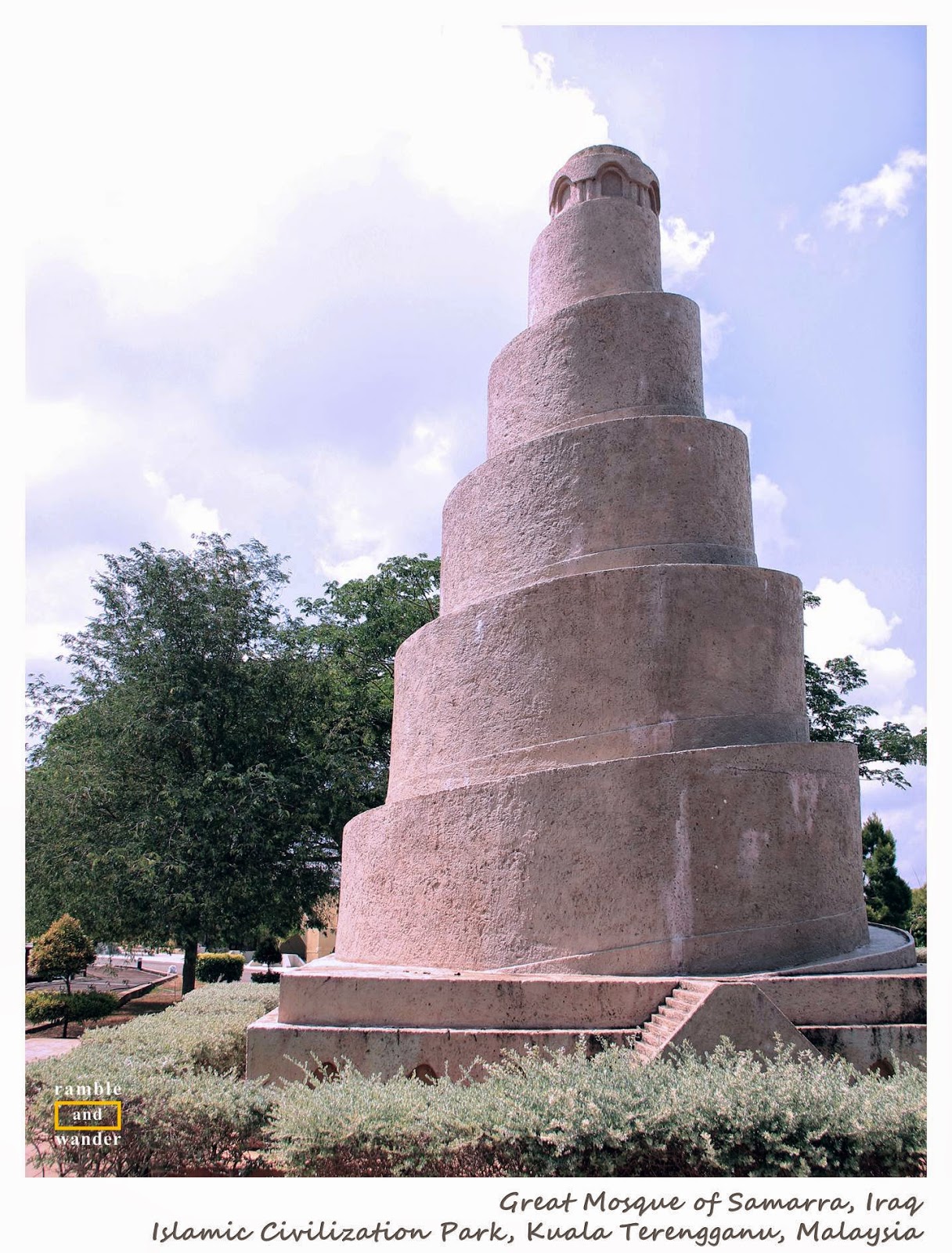 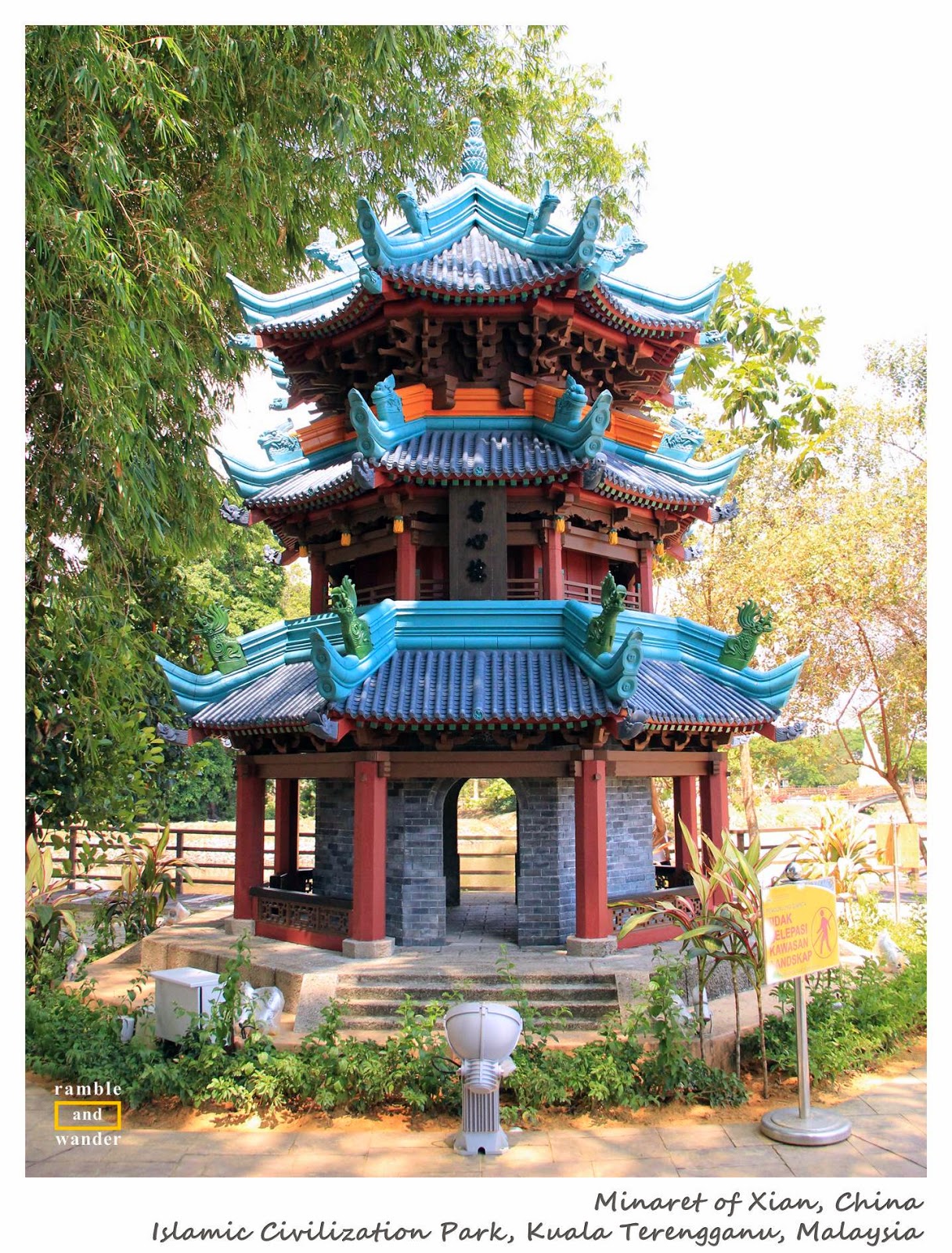 A walk through the park is like a walk through history around the world. If you've been to some of these landmarks before, it might just rekindle the beautiful memory of your visit. If you haven’t, you might just come away not just with more information, but also inspired to make the dream trip to see those landmarks for real.

Until then, Islamic Civilization Park is as good as it gets. Just let your imagination runs wild and you’d be transported to a world of architectural grandeur from the past.


Have you been to Islamic Civilization Park before? What do you think of it? Which monument do you like most?

Haven’t been here? Would you like to visit it in the near future?

For more photos from the park, check the album on Ramble and Wander Facebook Page.

Acknowledgment:
My appreciation and thanks go to Tourism Terengganu and Gaya Travel Magazine for the opportunity to visit the park during Terengganu International Squid Jigging Festival 2014.