Arge Karim Khani, despite it looking like a citadel and sometimes even known as Citadel of Karim Khan, is not exactly a citadel per se. At least it is not like other citadels in the Middle East and North Africa region, e.g. citadels in Amman and Cairo. The design on the outside is obviously of a military in nature, like a fortress, but inside, it has a residential architecture built into, and just behind, the thick walls.

This was the home of someone who had been cited as “one of the most just and able rulers in Iranian history”, Karim Khan Zand, a ruler of Iran from the mid-18th century, and founder of Zand Dynasty. Someone who, instead of using the title "Shah" or "King", used the title "Vakil e-Ra'ayaa", the "Representative of the People". 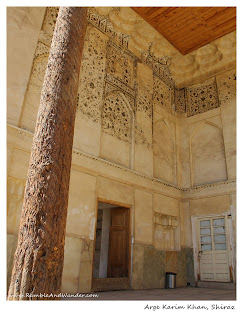 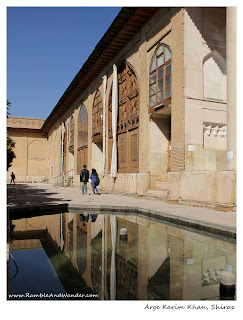 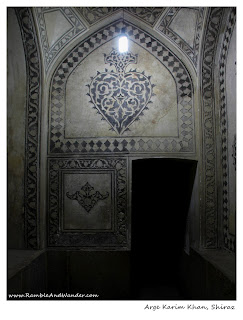 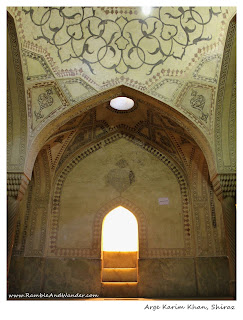 In the hammam.
(Left pic) Toilet (Right pic) Bath area.
(click on each photo for a larger image)


What do you think of this place in general, and of its hammam specifically?

I actually spent more time in the hammam than in other areas when visiting the citadel. Would probably have been only too happy to stay inside there the whole day if it's still a working hammam. 😉